"first night" is the first chapter in "the magnet" series that follows Teddie, a young girl who is trying to survive the end of the world.

The magnet is a visual novel/point'n'click hybrid that puts a lot of emphasis on player choice.

I hope you will enjoy the game and if you do, then please follow me on these platforms.

This game is good! i loved the storyline!

the only problem I have is that my mouse doesn't show up on the screen when playing the game, but that could only apply to me. the overall plot of the game is pretty good! I enjoyed the gameplay a lot, and I just found the game itself very enjoyable.

I played this game and I LOVE the plot to it, however my usual game style are games where you can use WASD when you're moving around. Please add on to the game because the cliffhanger really throws me off. I'll be waiting for the third part, there might be one and I just don't know about it though.

@CheeseCake:
Unlike you, I have the guts to actually respond to someone properly instead of your passive-aggressive spew.

I'm 100% certain that this developer is a sane rational adult that does not suffer a severe mental breakdown because someone had a minor critique on their method of game delivery.  Your infantilization of the game dev is an insult to their creativity and intelligence.

I'm not a fan of episodic games for a variety of reasons.  I've made that clear and also made clear my opinion/preference on a fully-completed game delivery system.

As the consumer, it absolutely is my right to provide constructive feedback either to the developer and/or to other potential consumers.  Reviews, critique, and feedback are the very reason that game devs are able to grow and improve themselves over time.  To deny them of such things is a disservice to them and the medium of gaming as an art form.

My post was both for the developer and for any others who may have similar feelings but not want to post because of spew from those like you who want to attack and degrade the value of criqitue.

You are way out of line.  I'm not the only one that feels this way.

Constructive criticism is as much a part of art as the art itself.

I'd love for devs to make COMPLETE games instead of this chapter nonsense.  Please feel free to post when the full series is ready to go, thanks!

Yes I would pay money for the full series when it is ready if you want to bundle it.  Just bundle it all together; this separated episodic stuff is too bothersome for me to play.

Yeh ,Life Is Strange 2 is like that , it's like a 2 year gap between playing it on release day and actually finishing the game ,just insane.

But even then it will probably get a load of update patches in the months following  :)

I remember one called Blues and Bullets ,never got past the first one or two episodes ,studio imploded and left behind a half finished game.

Wouldn't have happened at the rate it does now  if not for this "digital age"  we're living in.

Though i would say ,Itch is sort of  THE place for something like this ,a chance for a dev to get feedback by dropping a free download for gamers to try.

Reply
LEVEL UP!3 years ago

This was super fun! Cannot wait for part 2.

I cant wait until part 2, Im not going to lie it kinda scared me!

I hope to have the second episode out very soon

The sooner the better! I need to know what happens next!

I played this Visual Novel and was really drawn into it and enjoyed it. I am leaving here my video gameplay footage Looking forward to continuing the story.

Interesting story heavy game. I really enjoy the strong narrative direction that it is headed in. As always, the artwork is magnificent. Thanks for bringing this game towards me!

I can't wait to play the second installment!

EDIT: I forgot to mention this in my review, but damn that music really completes the experience! It had me scared and altogether unsettled, waiting for a Horror to come get me if I didn't hug the wall!

This is a fantastic game so far, I cant wait to see more!

The transition between Point and Click and Visual Novel is done very well. The real photos with a filter add to the unsettlingness of the game, and the world building is very strong. I like how the monsters are described, picturing some Lovecraftian/Dead Space monster in my mind, but never shown to keep it a mystery. The cliff hanger was solid, and I'll be sure to check out future chapters.

I like the mix of genres, poor Teddie though. I hope she'll see some nicer-smelling places in the next chapter.

if you are looking for a PC build, then it would be the one called PC

Looks like the names have been changed to 'mac' or 'pc zip ,makes it more obvious now.

I really like what you did with the modeling. The start menu and the exploration segments look great.
The jumps between the 3D models and the photos are a bit jarring, though - have you maybe considered using your 3D models to show them off from different angles, similar to what you have with the photos? That way the style of the game could be kept more consistent and I think the overall presentation could benefit from that.
The GUI and writing itself could probably use more work since it didn't really hold my interest as much as the atmosphere of the game itself did.
Overall this seems like a promising project nevertheless, and I'm looking forward to seeing how you develop it further. Kudos! :) 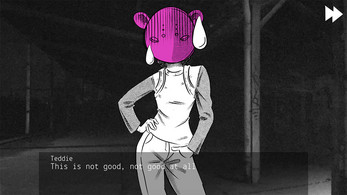 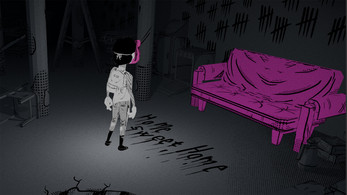 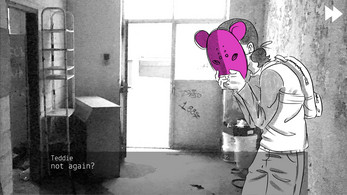 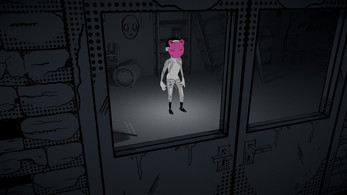