A downloadable gay for Windows and Linux

you play as a young man who finds himself trapped at school after a car crash. you have to find out what happened and how you get out of the hellish nightmare.

This game was developed over the course of 5 days as a test to see if I could make a good survival horror/puzzle game.

or if you want to play in your browser: https://www.newgrounds.com/portal/view/707718

So a Chapter 2 implies there's a Chapter 1 floating around somewhere, right? lol

yep, it's on newgrounds

Hello, really enjoyed the game, it was interesting the way the story unfolded and i like how you wove the game and story together. I'm a bit late to the party but i included your game in my video this week I hope you don't mind. Thanks again

The character design reminded me of a very toned down Borderlands, but thats the closest this gets to a fun time. It's a very somber look into xenophobia and the impact it has on it's victims, as well as loss and love. While not a horror game in the traditional sense it does play on people's fear of nonacceptance very well.

This game was fantastic. I loved the art style and the character models. The graphics were smooth and pleasing to look at. The ambience was perfect for a pseudo-horror feel that I'd expect from a game based on a limbo/purgatory-esque setting. The puzzles weren't too hard. They were literally just like real puzzles in which you just had to find all of the pieces. The grammar did feel like the text was a bit rushed, but it was fine either way. I don't really base my opinion on a game heavily on grammar. One, because I'm bad at grammar. Two, because it's an indie game. Finally, the message it sent seriously tugged on my feelings. Life is so much harder for homosexuals growing up in our society and a lot of people don't realize that. This game sends a really strong message of awareness that shouldn't be ignored. Thanks for making this!!

Hey! I saw your game on 9gag, it looks cool! if you want some I can make some music or sfx

I saw this was in the horror section. I wouldn't really c all it horror (well I guess it depends on who you are and, how you view things) it has a strong message that I think you conveyed well! I also noticed that this says chapter 2 and, I don't see a chapter 1 anywhere? Is this suppose to be a standalone story from the first chapter?

hey. it is supposed to be a standalone story from the first chapter, which you can find here: https://www.newgrounds.com/portal/view/669629

Great game. The 3d-2d style is always fun to see. Sorry i didn't take the story as seriously as i should have. good job.

Newgrounds.com and its just called unsafe

Interesting game. What stood out the most to me was the art style, and I must say it's refreshing to see something creative and uncommonly used. I liked the many notes sprinkled here and there as they helped hint towards the story, and the puzzles weren't too difficult which I appreciate. I actually really liked how they were executed.

One problem I had was a glitch in my first run which resulted in me restarting the game. There are some grammatical/spelling errors, but it was still understandable which is good. While the lack of music does help build tension, I think it probably could've been used at some points just to help build more atmosphere.

Overall, I think this is a nice game. It was eerie at times, but it was pretty fun to play.

the game was AMAZING  waiting for chapter 3. Nice job

my channel for more indie games:https://www.youtube.com/channel/UC87ACz99Buum0tospPSQSbA

Had a little issue that restarted the game but overall, a good... disturbing experience.

PS For anyone watching, please consider subscribing for a copious amounts of indie games.
Reply
Arty Farty Games4 years ago(+1)

I still don't know why it restarted, but I have just uploaded a version where that hopefully shouldn't happen 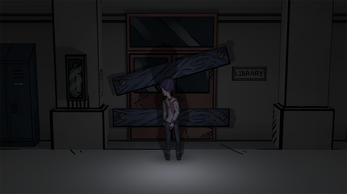 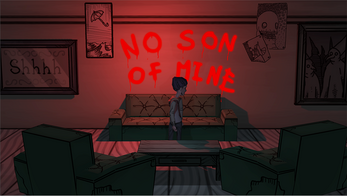 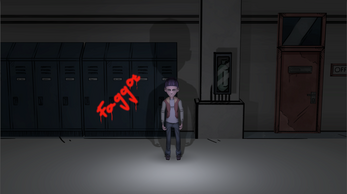 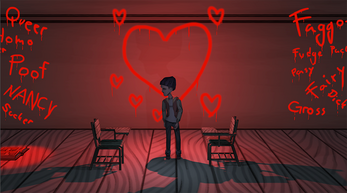 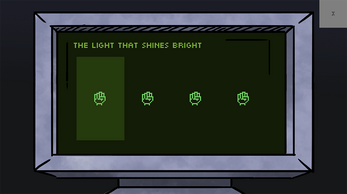